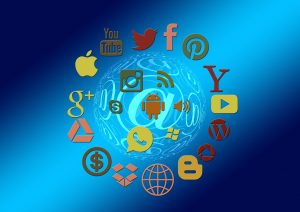 Using social media to connect with others is kind of like having a private conversation in a public place. But there’s a difference. Even when you’re chatting with a friend in the middle of a physical crowd, most other people can’t hear what you say. On social media, your conversations can be read by anyone with access.

Depending on whether people notice your posts — and how positively they respond — your online interactions may be quite positive. Or not. Social media can make some teens feel depressed and isolated. They can feel cut out of social interactions. They may feel judged. In fact, people who visit social media sites to feel connected to friends may end up caught in online drama, or even cyber-bullying.

The average teen has about 300 online friends. When people post to their social media account, they’re speaking to that large audience — even if their posts aren’t publicly available. That same audience can see the responses other people provide through comments or “likes.”

Those likes and comments influence the kinds of posts teens put up — and leave up. A 2015 study by researchers at Pennsylvania State University in University Park found that teens were more likely than adults to remove Instagram posts within 12 hours of posting. They took down posts that had few likes or comments. This suggests that teens try to make themselves look good by only keeping up popular posts.

Peer feedback plays a big role in how teens view themselves and each other, note Jacqueline Nesi and Mitchell Prinstein, psychologists at the University of North Carolina in Chapel Hill who study how teens use social media.

In a 2015 study of eighth- and ninth-graders, Nesi and Prinstein found that many teens who used social media experienced symptoms of depression. That was particularly true for those who were unpopular. Nesi speculates that unpopular teens may be more likely than popular kids to make “upward” comparisons. Those are comparisons with someone who seems better in some way — more popular, for example, or wealthier.

Those findings fit with previous studies that found unpopular teens get less positive feedback on their posts. That may happen because they simply have fewer real-life friends — and therefore fewer online connections. Or it may have to do with the types of things those teens post. Other researchers have found that unpopular teens write more negative posts than their peers. These people are more likely to post about unhappy events (such as having a phone stolen) than happy ones. Together, these factors can lead to low self-esteem and symptoms of depression.

More popular teens, however, don’t tend to become depressed or lose self-esteem. “They are more likely to make ‘downward’ comparisons with others, feeling superior to those whose profiles they review,” Prinstein says. “Fair or not, they tend to have more online friends and more activity on their feeds, making them feel popular online too.”

It’s important for students who notice a friend acting this way to encourage that friend to get help. “One of five girls and young women will experience a major depressive episode by the age of 25,” Prinstein says. “Almost one in 10 will seriously consider suicide before they graduate high school,” he adds.

Read the full article online in Science News for Students.

Source: Science News for Kids | Social media: What’s not to like?, https://www.sciencenewsforstudents.org/article/social-media-whats-not | © Society for Science & the Public 2000 – 2017.

Is your child one of the 1 in 5 kids with learning and attention differences? Are you wondering what the future holds for ...

As a parent, you want to know how much media use is too much. ...

Were you able to join us for EdRev Expo 2018? Whether you attended or not, you can now catch the full keynote presentation ...